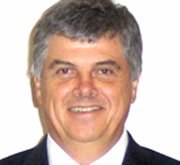 A leading investment banker yesterday warned that the increasing competition for capital involving both the Government and private sector could leave some deals “unfunded” over the next 18 months.

Michael Anderson, RoyalFidelity Merchant Bank & Trust’s president, told Tribune Business that his finance house and its rivals will have to “better co-ordinate” the various capital raises they conduct on behalf of clients given the growing potential for “crowding out”.

Arguing that the Bahamian capital markets have a depth” of $120m for annual fund-raising, Mr Anderson said their capacity would likely be stretched by the combination of government and corporate needs based on the transactions he knows are pending over the next two years.

While the banking sector seemingly had ample excess liquid assets of $1.785bn at end-September 2019, the RoyalFidelity chief said only a portion of this sum will be made available to private sector investors even though it will likely receive a further boost from anticipated US dollar borrowing by the Government post-Hurricane Dorian.

K Peter Turnquest, the deputy prime minister, recently confirmed that the Government will seek to borrow an extra $508m this fiscal year to fill the gap created when Dorian blew the 2019-2020 deficit out to $677.5m.

The Government’s just-released Fiscal Strategy Report shows it borrowing a further $499m in 2020-2021, and $301.2m in 2021-2022, meaning that the Minnis administration is forecasting it will need to borrow some $1.479bn over its final three years in office.

Then there is the private sector’s requirements. Desmond Bannister, minister of works, this week confirmed that Bahamian institutional investors will be allowed to purchase $70.7m of Bahamas Power & Light’s (BPL) mammoth $650m bond issue, while the Nassau cruise port’s transformation is seeking to raise a $100m bridge financing facility over the next 12 months. Other transactions are also likely in the pipeline.

“I think as I look over the next 18 months or so, based on the projects I’m aware of, I think there’ll be a difficulty in raising sufficient cash to fund them all,” Mr Anderson told Tribune Business. “Luckily, certain of them are looking to raise capital over a number of years like the Government’s airports project, which will be over three years.

“To some extent the market will be able to replenish for some of these transactions. I think the market depth is $120m, so you could have a $75m and a $45m deal in one year, or $40m, $50m and $30m. The investor money gets used up and, whether they are an institutional or a retail investor it takes a while to get the funds for the next one. It’s not sufficiently available.”

For the Bahamian capital markets to cope with the expected demand, Mr Anderson said: “Everyone in that space is going to have to be co-ordinated and aware of what is happening with other projects so we are not on top of each other.

“People will be comparing the terms and rates on different deals. Deals coming to market may be put behind others seen as more attractive. And transactions coming in a few weeks may not be funded with the same amount of certainty.”

Mr Anderson’s concerns were echoed earlier this week by Anthony Ferguson, CFAL’s principal, who agreed that the Government’s post-Dorian financing needs could pose “a challenge” to the finance-raising plans of the cruise port and other private investors given projections that it will need to borrow a net $1bn over the next two years to plug its fiscal deficits.

“I don’t think it’s going to impact us,” he added, “but I think that with the Government’s Dorian raises and other infrastructure needs their could be competition for sure, and interest rates may be impacted.”

The RoyalFidelity chief, backing his competitor’s assessment, said: “It’s certainly going to become harder, and we will have to be better organised in the capital raising process so that we do not have unfunded or underfunded transactions.

“There’s a good opportunity for investors. We have so much liquidity in the banks and they can’t hold it all. Investors have to start moving money out of the banks and find some way to make funds available to finance projects and keep the momentum going forward.

“Putting money in the bank at 0.5 percent interest will not help grow the local economy. We need some money put in local investments and that creates opportunities for investors to diversify their portfolios,” Mr Anderson continued.

“Hopefully we will get more people into the investment space and get more of these projects funded because there will be more opportunity over the next 18 months to two years.”