‘Tum Tum’ back with Spartans 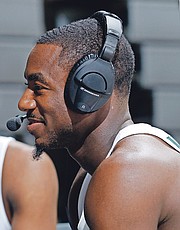 LOURAWLS “Tum Tum” Nairn Jr is back with the Michigan State Spartans programme.

Nairn will join the coaching staff as a graduate manager for the upcoming Fall 2019 campaign.

He spent last year in a role with the Phoenix Suns as a member of the coaching staff with a focus on player development and also made his debut as an author with an autobiography entitled “Purpose Driven.”

Nairn said: “This university has a special place in my heart. When I played here, I never took it for granted, so I don’t take being a part of the staff for granted either. None of it would be possible without my Lord and Saviour Jesus Christ. I’m super excited for this opportunity. I gave my all as a player, and I will give my all on the staff. God is good!”

Spartans head coach Tom Izzo made the announcement along with other staff changes for the upcoming campaign.

“I can’t say enough about how excited I am to have Tum Tum back here,” Izzo said. “He’s the type of person who can relate to everyone. Tum Tum is one of the best, if not the best, leaders I’ve ever been around. His teammates loved him here and he’s very close with some of our current players, so it will be great to have him as part of my staff. I know it will be a bit of a transition for him, but I think he will be a great addition and I can’t say enough about his future.”