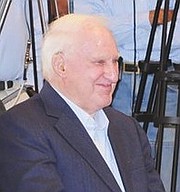 GRAND Bahama police are continuing investigations into an apparent suicide of a man who is believed to the former long-time butler of the late Sir Jack Hayward of the Grand Bahama Port Authority, and who was embroiled in a legal battle over his interest in the co-chairman’s trust.

According to sources, the victim, believed to be Julius Trevor Bethel, the co-chairman’s personal assistant and manager of his Freeport residences, was found dead at a home on Sea Scape Drive, Royal Palm Way, on Friday morning.

According to police reports, sometime after 10am, a friend of the deceased man went to the police and reported finding his friend unresponsive in a vehicle at the deceased’s residence.

Superintendent Walter Henderson said officers went to Sea Scape Drive where they found the deceased. He was taken to Rand Memorial Hospital where he was pronounced dead.

Supt Henderson said that an autopsy will be performed to determine the cause of death.

Mr Bethel’s initial court case centred on allegations that he has been unfairly squeezed out of his interest in the trust after Sir Jack named him as a beneficiary of his estate. These claims, though, are being heavily contested in the Bahamian court system.