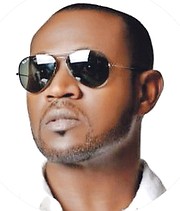 THE family of the late Sir Jack Hayward has expressed shock and sadness over the death of their father’s longtime personal butler Trevor Bethel, who was found dead on Friday morning at his residence off Royal Palm Way.

In a statement issued yesterday, the Haywards said that Mr Bethel had been a part of the family for over 30 years.  The Hayward family is part owner of the Grand Bahama Port Authority.  “He worked loyally for Sir Jack Hayward, until his death in 2015, and has been a good friend to Sir Jack’s children and grandchildren for most of their lives,” the family said.

“For the last year or so there have been very sad and unnecessary differences between Trevor and our family, which we do not believe were of Trevor’s making.

“We were very fond of Trevor and are shocked and deeply saddened by his death. Our thoughts and prayers go out to his parents, family, and friends at this extremely difficult time.”

Police were alerted shortly after 10am on Friday, January 17, of the suspected suicide of an adult male who was discovered by a friend.

According to reports, the friend told police that he found the man unresponsive in a vehicle at the deceased’s residence at Sea Scape Lane off Royal Palm Way.

The man was taken to Rand Memorial Hospital where he was pronounced dead. Police are awaiting the results of an autopsy to determine the cause of death.

The Tribune understands Mr Bethel’s family is very distraught over his death.

Mr Bethel’s initial court case centred on allegations that he had been unfairly squeezed out of his interest in the trust after Sir Jack named him as a beneficiary of his estate. These claims, though, were being heavily contested in the Bahamian court system.