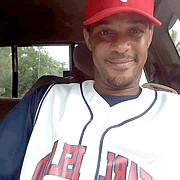 THE man who was shot dead on Hawthorn Road on Sunday night has been identified by loved ones on social media as Danton Woods.

According to reports, the 44-year-old victim worked in landscaping.

“The preliminary facts indicate that sometime around 9pm (Sunday), police received reports that a male was shot on Hawthorn Road,” police said.

Responding officers found the victim’s body lying face down on their arrival with a suspected gunshot wound.

Paramedics pronounced him dead at the scene.

On Facebook, friends expressed their shock over the killing.

“He was outspoken, that was his personality,” one person wrote. “He was also a jokester, a hardworking man and good friend from childhood. He did not deserve that at all.”

This pushes the country’s murder count to 45 for the year, according to The Tribune’s records.

Sunday’s killing came after a man was fatally stabbed on Friday during an altercation on Raymond Road.

According to police reports, shortly after midnight on Friday, police received reports of a physical altercation between two men.

When they arrived at a residence, police spoke to one of the men allegedly involved.

“Officers responded and, on their arrival, they saw and spoke to a male who stated that he was visiting the mother of his children, when a male with whom he was familiar was at the residence approached him,” police said.

“An argument ensued which turned into a physical altercation, the male produced a knife, he was able to take the knife from the male. However, during the altercation he stabbed the male.”

Anyone with information on these incidents is asked to call police at 502-9991 or 328-TIPS.