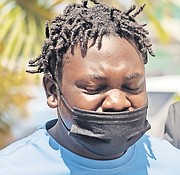 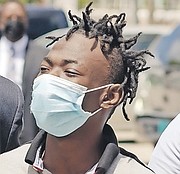 A MAN and a teenager were yesterday charged in Magistrates Court with murder in connection with two separate incidents.

In the most recent case, Zencil Rolle, 23, appeared before Deputy Chief Magistrate Andrew Forbes charged with the shooting death of Charles Williams on March 27.

Shortly before 8am that day, police were alerted to gunshots emanating from Gibbs Corner. When officers arrived, they were directed to a residence where they found a man’s body.

During his arraignment yesterday, Rolle was not required to enter a plea and the matter was adjourned to May 28 for service of a voluntary bill of indictment.

Rolle was denied bail and remanded to the Bahamas Department of Correctional Services.

Meanwhile, 19-year-old Daquannte Brown appeared before Magistrate Forbes after he was accused of murdering Carrieo Duncombe on March 25.

Police said around 11pm that night, a man was walking in the Fox Hill area when he was approached by two males who came from nearby bushes and shot him before fleeing the scene. The victim was transported to hospital but later died.

Brown was not required to enter a plea. He was denied bail and remanded into custody until May 28 when he will return to court to be presented with a voluntary bill of indictment.

Both Rolle and Brown have a right to apply to the Supreme Court for bail.

Commenting has been disabled for this item.