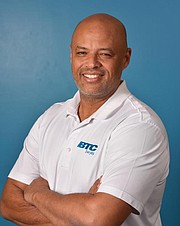 Andre Foster told Tribune Business the carrier is “pretty confident” that the erosion of its mobile subscriber base has “bottomed out” after its ultimate parent, Liberty Latin America, revealed earlier this week that it had added a net 2,000 customers in the 2020 fourth quarter.

He added, without providing details, that BTC believes new products that it plans to launch in the 2021 second half will “help us reclaim some of our mobile subscriber base”. One initiative, which Mr Foster said BTC has been “a little slow to get out”, is the launch of a post-paid product “that behaves like a pre-paid product” and is targeted at the latter segment.

“We’re pretty confident that is the case,” he added, when asked if BTC’s mobile subscriber losses over the past four-plus years have halted and even started a slow rebound. “We continue to look at how we can maintain and grow back that subscriber base.

“We feel that it’s bottomed out. It’s going to be a real day-by-day fight to reclaim and get customer trust to come back to us. We have some things coming out that will help win back customers.”

“A lot of that is happening especially on the pre-paid side,” Mr Foster continued. “The pre-paid side is a really rough business. You almost have to manage it by the hour. Subscribers have the option to move back and forth. What we are trying to do is develop a post-paid solution for those subscribers.

“What’s beautiful about pre-paid product is you don’t get the sticker shock with any overages. We’ve been working on a solution; we’ve been a little slow to get it out but think we can get it done in the first half of this year.

“Our post-paid numbers continue to be very strong. I think that’s based on the strength of our network. We continued to invest throughout the COVID-19 period, both on the mobile network and the fixed, and the capacity on the network. Customers are enjoying the benefits of that investment.”

The carrier’s revenue also fell by $48.1m over a two-year period when the 2020 figures are measured against 2018. That equates to a 21 percent decline. Still, BTC enjoyed gains - albeit modest - in both post-paid and pre-paid mobile subscribers in the 2020 fourth quarter as it continues to battle upstart rival Aliv for market share.

This represented an increase on the 179,100 subscribers recorded as being on BTC’s books at end-September 2020. It may be too early to assert that BTC’s mobile customer base erosion has bottomed out following the introduction of competition via Aliv in November 2016, but the data provides some hope for Mr Foster and management.

BTC has also been increasing customers in the more lucrative post-paid segment for several quarters now in a further sign of encouragement that it is starting to fight back against Aliv’s incursions into its once-lucrative mobile monopoly, which peaked at around 350,000 to 360,000 subscribers prior to market liberalisation.

And the carrier, in which the Government holds a 49 percent equity stake, also enjoyed modest success in battling Cable Bahamas in its core TV and Internet markets, adding 500 TV subscribers and 1,400 Internet customers in the final three months of 2020 for a net 1,900 gain.

However, BTC still haw an awfully long road to travel. Data released by LiLAC showed it had just 7,400 total TV subscribers at end-2020 and 26,400 Internet clients, together with 34,400 fixed-line voice telephone customers for what comprised a total of 68,200 so-called revenue generating units (RGUs) in The Bahamas.