• ‘Even happier’ if same result occurs for Grand Lucayan offload

The Hotel Corporation’s chairman yesterday said he was “ecstatic” that multi-year efforts to sell the Lighthouse Yacht Club and Marina had finally succeeded, likening it to “michaelangelo painting the Sistine Chapel”. 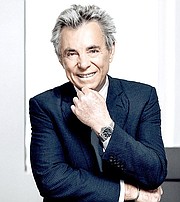 Michael Scott QC, speaking to Tribune Business after the Andros-based resort’s sale was confirmed, told Tribune Business he would be “be even happier” if he could produce the same result with the Grand Lucayan and complete the Government’s near-30 year effort to exit the hotel ownership business.

As previously revealed by Tribune Business, a group led by Brian Hew, Kamalame Cay’s developer, has acquired the still-closed Lighthouse Club with plans to develop it into an expanded mixed-use resort featuring a boutique hotel, the yacht club, marina and residential real estate options.

The sale, which appears to have closed just before tomorrow’s election, is set to initiate a redevelopment billed as creating between 70 to 100 construction jobs with some 60-80 full-time employees when fully operational. The purchase price was not disclosed.

“I’m ecstatic,” Mr Scott told this newspaper of the deal’s closing. “Now if only I could do the same thing with the Grand Lucayan I’d be even happier. It’s been a labour of love. It’s been like michaelangelo painting the Sistine Chapel.”

The QC, who held the Hotel Corporation chairmanship during the 2007-2021 Ingraham administration, was involved with efforts then to sell the Lighthouse Club that ultimately proved unsuccessful. It has taken the better part of a decade for a deal to be struck and closed.

As to the Government’s expectation’s of the buyer, Mr Scott said: “What they’re going to do is use the same class, style and ingenuity that Brian has successfully used at Kamalame Cay. Kamalame Cay is always in the top ten boutique resorts in the Caribbean, always. And most of the time it’s one of the top three properties.

“He’s more than well-qualified. It will be the same here on a bigger scale. It’s going to be a mixed-use hotel, marina, condos, private estates and homes. It’s going to be done in two phases, beginning with the redevelopment of the yacht club and marina itself. The second phase will encompass the real estate, homes and condos and that sort of thing.

“It’s going to be quite extensive. It’s a labour of love for Brian, and I think they’re looking at a 10-year process. I have no doubt he will achieve the same success and reap an economic boom for Fresh Creek, which quite frankly is moribund. I could not be happier, and not only for myself, but the people of Fresh Creek,” he added.

“Most people looking at development have a track record of talking more than doing. But Brian is a doer. I’m so pleased after what has been a long, arduous process. We had to deal with multiple government agencies, some not as co-operative as they should have been.”

Mr Scott called no names, but added that “he wanted to see the same sort of energy and redevelopment brought to Port Lucaya as I have no doubt it will be at Fresh Creek”. While he may soon no longer head the Grand Lucayan Board depending on the outcome of tomorrow’s general election, he added: “I want to get it sold.

“I have a view on who will do the best job for that hotel, and that view may or may not coincide with the policymakers. As the minister [Dionisio D’Aguilar] reminds me all the time, everybody in The Bahamas knows my point of view on that.”

Tribune Business revealed in May 2019 that Mr Hew was conducting “due diligence” on the Andros-based Lighthouse Yacht Club and Marina with a view to acquiring a property that has been closed ever since it suffered significant damage from Hurricane Matthew in October 2016.

This newspaper reported that Mr Hew’s emergence as frontrunner came after an earlier deal headed by Bahamian entrepreneur and businessman, Burton Rodgers, and involving a group featuring some of the investors who worked with him to purchase Exuma’s Club Peace & Plenty hotel, seemingly stalled.

Numerous attempts to sell the 20-room Lighthouse Club, whose Fresh Creek-based amenities include a 30-slip marina, pool and tennis court on 11 acres of beachfront land, had been made before with little success.

The last Ingraham administration was trying to negotiate a sale to Illinois-based Scheck Industries when it left office in May 2012, in a bid to end financial bleeding that was costing the Hotel Corporation some $500,000 per year.

Under the proposed agreement with the then-government, land and investment incentives would have been released to Scheck in accordance with “timeframes and milestones for development”. The company had proposed a $15m investment in the first phase, and construction and full-time jobs of 50-plus, but nothing further was heard of Scheck once the last Christie administration took office.

Tribune Business then revealed in 2014 that rival Bahamian-led bids with strong Andros connections were battling to acquire the Lighthouse Club. Prescott Smith, owner of Stafford Creek Lodge, confirmed he was heading one group, while Vanlock Fowler, owner of Nassau-based All Purpose Steel Company, confirmed he was part of another.

Again, though, no deal was closed. Frederick McAlpine, the former Hotel Corporation chairman, told Tribune Business in 2018 it had managed to save taxpayers some $250,000 by terminating the Lighthouse Club’s 20-plus staff and paying them due severance after the Christie administration kept them on despite the hotel being closed.

Mr Scott said in a statement yesterday: “The Hotel Corporation went through a long and arduous approvals process, and is delighted that Brian Hew’s dream has finally been realised. With his impeccable reputation as an internationally-recognised resort developer and as a Bahamian, Mr Hew is uniquely qualified to restore the Lighthouse to its former glory and see the development plan through to its completion.”

The Hotel Corporation added that the sale fitted well with the Government’s strategy of developing boutique resorts in the Family Islands, rather than large resorts targeted at mass tourism volumes. It said boutique resorts with a mixed-use component offer low-density travel experiences for repeat visitors.

Dionisio D’Aguilar, minister of tourism and aviation, said: “This is a great day for The Bahamas, for Andros and for the people of Fresh Creek. The relaunched Lighthouse Yacht Club and Marina will not only add another luxury boutique hotel and resort to the island but will be a driving force in the re-establishment of Andros as a yachting destination of choice for visitors coming and returning to The Bahamas.”