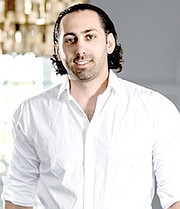 A Bahamian broker/dealer’s principal, who once acted as FBI “bait”, has failed to dismiss a lawsuit by US federal regulators who he claims improperly obtained 44,000 pages of evidence from two locally-employed whistleblowers.

Guy Gentile, head of the former Mintbroker International, which is now in court-supervised liquidation in The Bahamas, had argued that the Securities & Exchange Commission’s (SEC) latest US action against him should be thrown out because it violated this country’s laws in securing documents ‘“stolen” from his business.

Legal papers filed in the south Florida federal courts, and which have been seen by Tribune Business, reveal that Philip Dorsett, the first Bahamian employee ever hired by Mintbroker and its predecessors, and the broker/dealer’s ex-chief operating officer, Yaniv Frantz, both “voluntarily” reached out to the SEC due to concerns that Mr Gentile was putting them - and the company - “at risk” by breaching US securities laws.

However, Mr Gentile asserted that both Mr Dorsett, who is still employed in the Bahamian financial services industry as a chief compliance officer, and Mr Frantz violated this nation’s Data Protection Act by disclosing potentially valuable information to the SEC without being ordered to do so by this country’s Supreme Court.

He argued that this “blatant disregard” of Bahamian law, US court rules and the legal discovery process by the SEC was sufficient grounds for the US court to dismiss the entire lawsuit against him. However, Judge Alicia Otazo-Reyes on Monday rejected Mr Gentile’s arguments and kept the action alive, although the two sides must now determine how the material provided by the two Bahamas-based whistleblowers must be handled.

He is alleging that, as the persons who now represent Mintbroker and its SureTrader affiliate, the official liquidators have “acted in bad faith” by failing to defend the SEC’s action and “thus harmed” himself and other shareholders. However, Mr Wizman and Ms Fisher have not submitted themselves to the south Florida court’s jurisdiction, and have yet to file anything in response to Gentile’s claim.

Mintbroker’s former principal, who initially named his business Swiss America Securities when he first arrived in The Bahamas in late 2011, also claimed that the Securities Commission of The Bahamas “acted in concert” with the SEC, its US capital markets regulatory counterpart, “to shut down” his company by placing it under Supreme Court supervision that has ultimately evolved into full liquidation.

The Securities Commission’s actions, though, received the full backing of a Supreme Court judgment from Justice Diane Stewart in December 2021. And Monday’s verdict means that the SEC’s pursuit of Mr Gentile, for alleged violations of US law by actively soliciting American clients when he was not licensed or registered to do so, continues.

The decision ended a two-month battle that was sparked by Mr Gentile’s June 3, 2022, salvo that accused the SEC of “actively working with and directing individuals who stole documents from SureTrader in violation of the terms of their employment and Bahamian law”.

Alleging that the regulator was planning to exploit this to bolster its case against him, Mr Gentile alleged: “The SEC sought, received and reviewed certain records of SureTrader obtained from at least one former employee of the company, Philip Dorsett, which Dorsett stole from SureTrader and later turned over to the SEC at its request.

“It is unclear at this time what subtle or implicit threats (or promises) the SEC may have made against (or to) Dorsett that resulted in his decision to knowingly violate Bahamian law to assist the SEC in this litigation. The SEC has also sought, again by way of ‘informal’ request, stolen company documents from Yaniv Frantz, another former employee.

“What is so stunning about this conduct is that the SEC has issued no formal document requests to defendant SureTrader, nor subpoenas to Dorsett or Frantz, and had not otherwise sought company records through any formal channel until after receiving the stolen company records.”

To bolster his claim about breaches of Bahamian law, Mr Gentile produced an affidavit sworn by a Bahamian attorney, Michael Miller, who asserted: “I am of the opinion that under the Data Protection (Privacy of Personal Information) Act 2003, a person who obtains access to personal data, or obtains any information constituting such data, without the prior authority of the data controller (the person who determines how it is to be used) and discloses the data or information to another person shall be guilty of an offence.

“In the circumstances, the disclosure of information to the SEC in the absence of a court Order was in breach of the aforesaid legislation.” And Edward Cooper, who succeeded Mr Dorsett as Mintbroker’s chief compliance officer, also alleged that both the latter and Mr Frantz had violated the broker/dealer’s employee confidentiality and non-disclosure agreements designed to “protect company trade secrets and comply with Bahamian law [to protect] sensitive client information”.

However, both Mr Dorsett and Mr Frantz both vehemently denied that they had “stolen” or otherwise illegally obtained data relating to their former employer. The former, in a June 27, 2022, affidavit alleged that Mr Gentile frequently backed up SureTrader/Mintbroker’s data using Mr Dorsett’s personal laptop and Gmail account.

The Bahamian executive, who now works as a chief compliance officer and money laundering reporting officer, said he received no instructions “to destroy or otherwise remove” this SureTrader data when he and Gentile separated in August 2017.

“I became uncomfortable with how Gentile ran SureTrader and, in particular, his risky disposition towards US authorities, and was concerned that Gentile was putting SureTrader and its officers - including me - at risk,” Mr Dorsett alleged.

“After I brought my concerns to Gentile about these risks and did not receive a satisfactory answer, and Gentile continued with the same behaviour, I felt that I had no choice but to contact the US SEC and I voluntarily provided information and documents to the SEC.”

Mr Frantz, too, in an affidavit sworn on the same day as Mr Dorsett’s, said he, too, was given no instruction about what to do with all the SureTrader data and documents on the work laptop he was allowed to retain. He added that he was also “concerned with how Gentile ran SureTrader and that his conduct may violate US securities laws”.

And the SEC itself, in a blistering riposte to Mr Gentile’s bid to have its lawsuit thrown out, alleged this was merely “his latest attempt to thwart producing documents and to delay this litigation”.

It alleged: “When faced with the possibility that former SureTrader employees would produce evidence of his and SureTrader’s violations, Gentile immediately employed the sharp tactics of seeking sanctions against the SEC and discrediting non-parties by improperly accusing them of theft and violations of the law.

“Gentile has made baseless accusations against the two former SureTrader employees in an attempt to threaten and scare them. Neither employee ‘stole’ SureTrader documents or violated any laws in voluntarily providing information to the SEC. Instead, SureTrader was fully aware that they had possession of SureTrader records upon their separation from the company and never instructed them to delete or remove SureTrader records from their computers.

“Gentile has no standing to object to the production of documents from former SureTrader employees. The Supreme Court of The Bahamas has stripped Gentile of his powers and control of SureTrader, and appointed joint official liquidators to wind-up and make decisions for the company,” the SEC continued.

“The persons who have standing to take a position regarding production of documents from former SureTrader employees – the joint official liquidators – have taken the position that they have no objection to said production and Gentile has no standing to object.”

Indeed, EY Bahamas’ Mr Wizman, in a July 29, 2002, affidavit said that the documents provided by Messrs Dorsett and Frantz to the SEC would help the liquidators “in their duties” and they had requested that the US capital markets regulator share the data with them.

Mr Gentile, though, hit back by reasserting his belief that the SEC had “procured false declarations from two former SureTrader employees who were fired four to five years ago, and stole or illicitly retained company records in violation of their employment agreements and Bahamian law, and then transmitted (or prepared to transmit) those documents to the SEC”.

The former Mintbroker principal also sought to discredit Mr Dorsett by reproducing a March 5, 2015, e-mail the latter sent to him regarding a US subpoena. “In our haste to fulfill US law we must be cautious not to break Bahamian law,” Mr Dorsett wrote. “To grant any client information otherwise would expose us to legal ramifications both from the client and also the Attorney General (for breaking Bahamian law).”

Mr Gentile, meanwhile, said the concerns over his and Mintbroker’s direct “solicitation” of American clients and violation of US securities laws arose from requests by the US Justice Department and FBI that they continue to act as a trap to ensnare securities fraudsters and other white collar criminals who abuse capital markets and fellow investors.

He has long asserted that his Bahamian businesses were “forced” to play key roles in undercover ‘sting’ operations targeting criminals earning millions of dollars from market manipulation scams. Their participation even extended to the ‘bugging’, both by video and sound, of Mintbroker’s Bay Street head office in a successful bid to gain evidence against a Canadian fraudster who subsequently pleaded guilty to the charges against him.

Now-prime minister, Philip Davis QC, and Davis & Company previously represented Mr Gentile and Mintbroker while in private practice in the ultimately unsuccessful battle to defeat the Securities Commission’s effort to put the broker/dealer into liquidation in The Bahamas.