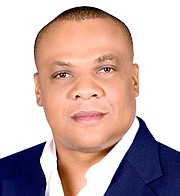 Eleuthera’s Chamber of Commerce president yesterday said the island “needs to rethink the formula for our success” with rolling power outages and blackouts set to potentially impact the island until Tuesday next week.

Disclosing that his business was running on back-up generators when he spoke to this newspaper, he added that those without such redundancy “cannot do business” and will find it difficult to survive given BPL’s unreliability and latest bout of load shedding.

“They have some serious problems; they have some serious problems,” Mr Sands said of BPL’s Eleuthera operations. “We’re off now; we’re on generator right now. We are essentially on and off every day for hours at a time. If you don’t have a generator, I don’t know how you survive. You can’t do business. Your operations are shut down for that period of time, and if you have need for refrigeration you are dead in the water.

“They [BPL] advised us there are some challenges with some of their equipment that they are trying to address, but it must be drastic.” Suggesting that Eleuthera’s present energy woes are merely symptoms of a long-standing problem that has yet to be addressed, the Chamber chief added: “There’s a much bigger infrastructure problem that has existed for some time, and it just climaxes at certain points.

“We have some major infrastructure problems across the board that have been existence for some time, and now we have that compounded with the economic growth set to take place. As COVID has trained us, we have to pivot and find some solutions.....

“The guys here at BPL are trying their best with what they have to work with. I don’t want to belittle their efforts; we commend their efforts for what they are doing. But, in terms of the formula for success for this island, we have to rethink a lot of things. We have to invite and incentivise everyone, businesses and residents, to have other solutions that make sense long-term.” Told that BPL expects to have power supplies fully restored by Tuesday, Mr Sands replied: “We pray.”

Mr Sands spoke after BPL, in a statement, blamed its Eleuthera generation shortfall on a succession of breakdowns and mechanical failures impacting units at all three plants on the island. Events started, it said, with the loss of a back-up unit at Hatchet Bay, which it anticipates will be restored to service within 24 hours once spare parts arrive by the end of this week.

Problems began in earnest when a Harbour Island rental generation unit, which had been taken out of service for maintenance by the contractor, could not be restored last Wednesday. That same day, July 27, a unit at BPL’s Rock Sound plant also broke down and the state-owned utility monopoly was forced to begin load shedding due to the loss of both turbines.

A second Rock Sound generation unit was also forced off-line for repairs due to mechanical issues on Sunday, July 31, causing “a lengthy outage affecting south Eleuthera” before power was restored at 11.50pm that night. “At present, we have a shortfall of approximately 2.5-3 mega watts (MW), approximately 16 percent of the current load demand,” BPL’s statement said.

“BPL assures that our teams are working ardently to restore capacity to the island. This should relieve the bulk of the load shedding. It is anticipated that this work will be completed by Tuesday, August 9. A provisional load shedding schedule through Saturday, August 6, will be provided through our normal communication channels.”

BPL also sought to reassure that it is working on a long-term solution to its Eleuthera generation challenges by pledging to increase the island’s capacity by more than one-third, or 34.5 percent, from the present 25.28 MW to 34 MW by fall 2022.

No specifics were given on how this 8.72 MW increase will be generated, with the statement concluding: “BPL has three power stations which it operates in Eleuthera. The Harbour Island station, which services most of Harbour Island and the Hatchet Bay and Rock Sound stations, which are tied together, feeding the entire mainland.

Mr Sands, though, yesterday voiced doubts as to whether this generation capacity increase will be sufficient. “I think we’re going to run into serious problems very quickly even with the new units being put in place, and the cost of fuel - that’s unsustainable,” he told Tribune Business.

“I think our growth is going to be very significant, and we’re very thankful for that, but the growth of the population we suspect will be very significant over the next 12 months so even if we put in extra capacity, if we have a growing economy and numbers moving to the island that raises questions of sustainability.”

The Eleuthera Chamber chief branded the BPL outages “a poor reflection” on the island, adding that they were especially impacting its vacation rental industry. “There are a number of vacation rental homes here, there are people in those homes, and there are one or two calling the landlords,” Mr Sands said.

“Tourists are frustrated. They are on vacation. We had somebody arrive, and an hour after they arrived the power went off. They’re frustrated and griping to the homeowner. It puts us in a very poor position.” He added that the Government needs to provide greater tax breaks and incentives for Eleuthera residents to invest in grid-tied renewable energy systems that benefit the environment while feeding power back to BPL.