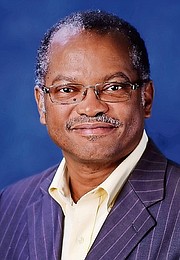 A prominent doctor is asserting that his planned 15-storey parking garage and residential condo complex on Collins Avenue will “take Over-the-Hill developments by Bahamians to another level” if approved.

Dr Conville Brown, principal of The Bahamas Heart Centre, Cancer Centre Bahamas and The Medical Pavilion Bahamas, told Tribune Business in a recent interview that the development - located at the junction with Sixth Terrace - seeks to cure multiple parking and traffic congestion ills that are undermining patient care, business opportunities and the area’s quality of life.

Pointing out that the provision of adequate parking “is a challenge for most of our commercial properties” in New Providence, he added that the project will provide sufficient off-road spaces to ensure that “patients with critical illnesses” such as cancer, heart disease and kidney disease no longer struggle to access his facilities and those of other nearby physicians, or face long walks to do so.

Declining to give a dollar value for the proposal, which will be the subject of a virtual Town Planning Committee public consultation on August 22, Dr Brown said its approval by government regulators will also ease traffic congestion and queues on the “medical corridor” of Collins Avenue - a location he described as Nassau’s equivalent of London’s Harley Street.

When Tribune Business questioned whether the complex’s height and size would dwarf the surrounding area, and not be in keeping with other buildings, he recalled that “two storeys was considered high” for Collins Avenue when he was starting out in the medical business in the early 1990s.

Noting that The Bahamas Heart Centre had to obtain permission “to deviate” from this when it was constructed to three storeys in 1993, Dr Brown said the development will be located on a street and area that is “96 percent-plus commercial however you cut it or slice it”, thus implying there will be little to no impact on residential dwellers.

However, he conceded that there will “absolutely” be objections to the plans put forward by his CSB5 Commercial Property Company, some of which have already been submitted to the Department of Physical Planning ahead of the Town Planning Committee hearing in just over two weeks’ time.

Charles Zonicle, the director of physical planning, nevertheless indicated in a July 14, 2022, letter that the Town Planning Committee “supports the project” and was “willing to relax” an unspecified parking requirement to support the project. However, he added that approval had been deferred while revised design drawings were awaited and, some 13 days later, the need to subject the plans to a public consultation hearing was added.

The parking garage and condo complex, if given the go-ahead, will be adjacent to a six-storey commercial building that CSB5 Commercial is presently constructing. That will house Royal Bank of Canada’s (RBC) relocated Palmdale branch once completed, as well as office rental space and a restaurant on the top floor.

Dr Brown, in a June 17, 2022, letter to Mr Zonicle confirmed he is also seeking Town Planning’s “approval in principle” to expand that Collins on Sixth Commercial Complex by three storeys - essentially doubling its height - and put the restaurant on top. The adjacent 15-storey complex will feature the ten-storey parking deck plus five storeys of residential condominiums.

“The proposed will serve to enhance and catalyse both our landmark medical, financial, banking, commercial and residential enterprises spanning 71-79 Collins Avenue in one of The Bahamas’ main business corridors and, as a secure Over-the-Hill gated business and residential community with adequate parking,” Mr Brown wrote.

“Looking forward to your favourable consideration as we seek to promote and encourage taking Over-the-Hill developments to another level by Bahamians.” The letter also referred to the submission of a Traffic Impact Assessment that was not included in the documents made available on the project by the Department of Physical Planning.

Donald Dean, principal at The Architects Incorporated, in a letter dated the same day added: “The proposed project is the development of a 15-storey high parking garage and apartment complex. It comprises of 279,690 square feet of parking and 18,808 square feet of apartment units. The complex has a total of 450 parking spaces.”

Dr Brown told Tribune Business that the commercial complex that will house RBC’s former Palmdale branch is now “80 percent completed” as “has all the approvals” needed to proceed, the bank having previously announced its relocation will occur towards the end of 2022.

However, documents filed with the Department of Physical Planning indicate that process has not always been seamless. Kenrad Wilchcombe, of Plan IT Bahamas, acting as RBC’s architects and designers, in a June 17, 2022, letter to Mr Zonicle and Brent Ferguson, the building control officer, queried why no “fit-out permit” had been issued to their client despite the application having been made more than six months’ before on December 2, 2021.

“At each step in the application process we have hit roadblocks, all in relation to the overall building permit application as opposed to our fit-out application,” Mr Wilchcombe wrote. He added that, after Town Planning’s May 31, 2022, meeting Plan It Bahamas was informed that RBC’s permit application would not be approved until Dr Brown and his company, as developers, increased the available parking space.

The letter also revealed that the Ministry of Works was “having issue with the building’s structure”, even though construction was ongoing. “We would like to understand all the issues impeding permit approval and ask for confirmation of what is required to satisfy the requests made by Public Works and Town Planning in order to approve the requests for permit,” Mr Wilchcombe added.

Dr Brown, meanwhile, told this newspaper that the proposed 15-storey parking garage and residential condo complex was an attempt “to stay a bit ahead of the curve” and address what he described as a common oversight by real estate developers in The Bahamas - the failure to provide adequate parking for their projects. This, he said, results in congested roadways and streets and negatively impacts the quality of life.

Suggesting that his concept, and rationale, were no different from the Government’s efforts to address the lack of available parking in downtown Nassau, Dr Brown said the shortage of available land in New Providence for such purposes - as well as the huge costs involved - meant “you either go up or go down” in constructing a parking facility.

While the Bahamas Financial Centre in downtown Nassau has gone underground with its parking, he suggested that the proximity of the water lense means his project must go up with multi decks similar to The Pointe. While not placing a dollar value on his likely investment if the project is approved, Dr Brown said the restaurant and residential condo components have been added to help defray the cost of what he acknowledged will be an “expensive” undertaking.

“At the end of the day we have our medical facilities that have not been able to serve our patients because they cannot park. That’s not how we ought to [treat] our medical patients, especially those that have critical illnesses,” Dr Brown told Tribune Business. “These are essential services. They’ve been there for 30 years on the cardiac side, and the others ten years.

“There are very few commercial places that have adequate parking on Collins Avenue in particular. It’s a very busy corridor for business. It’s literally a medical corridor, like Harley Street in London, but you have a number of other businesses; funeral homes, insurance companies, quite a bit of retail. We’re very much concerned about traffic flow, but that is not going to change if no one can get off the street.

“We’re just trying to do it the right way. Hopefully it will be well received, and hopefully it will take the status of Collins Avenue to another level. Will there be objections? Absolutely, but if we cannot make our case then somebody else should do it. It’s going to be needed to be done sooner or later,” he continued.

“Hopefully people will see it for what it will do for the area and, quite honestly, for the country. How many developments have you seen where there are tons of traffic and not enough parking? All we can do is indicate why we are asking. I don’t know of anybody willing to spend money with little chance of recovering it. We’re looking at this, and how to optimise and present our case. If they say ‘no’, we’ll look at what we can do.”

Dr Brown argued that his project will have little to no impact on residential land users because Collins Avenue has largely evolved into a commercial area. In a July 25, 2022, letter to Mr Zonicle he asserted that of the 144-150 lots between Shirley Street and Wulff Road, just five were “overtly residential” meaning that between 96.3-96.5 percent of properties were being employed for commercial use. Those deemed residential, he added, are several blocks from his project.

Describing the “commercialisation of Collins Avenue” as being “essentially complete”, Dr Brown wrote: “In light of the foregoing we feel we ought to be considered to exist in a well-established commercial zone.” The doctor and his team presented their project to Town Planning on July 12, 2022, fielding various questions. Mr Zonicle wrote back two days later indicating the committee’s support subject to the receipt of several drawings and modifications.

However, objections have already been raised. Inez Major, who lives on East Avenue in a property adjacent to Dr Brown’s, said she met with Mr Zonicle on June 8, 2022, “to express my deepest concerns” over the construction of the 15-storey parking and condo complex “five feet or less” from her boundary line. She fears that her only view in future will be to look up at the sky.

And Melanie Spence, director of Funshine Academy day care and pre-school, which also borders Dr Brown’s property on East Avenue, in a June 13, 2022, letter voiced concern about the complex’s setback from her boundary line.

“My greatest concern is that, as a pre-school, the adverse effects of the ongoing construction can prove hazardous to the well-being of the children as there has already been construction debris coming on to the playground,” Ms Spence wrote.