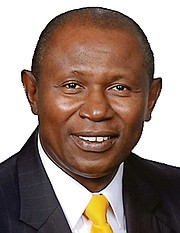 • Sale like to pancake: ‘Once you flip it everybody eats’

The Grand Lucayan’s chairman yesterday reassured there is “no deal breaker” after it was agreed that negotiations over the hotel’s sale be extended by 45 days to September 15.

Julian Russell told Tribune Business he was “very, very confident” that the resort’s $100m sale to Electra America Hospitality Group will ultimately close with both sides agreeing that more time is needed to complete “due diligence” and all the required legal documents.

Asserting that the US-based purchaser remains “high on Grand Bahama”, he said its representatives have been present at the Grand Lucayan “just about every day” since the deal was first announced on May 12, while also interviewing resort brands it has selected as potential hotel operators.

And, seeking to manage expectations among Grand Bahama residents, Mr Russell pleaded for “patience” over the sale negotiations given both the transaction’s complexity and a history of prior deals failing to complete despite being announced with great fanfare.

“It does take time. This one may take a little while. There’s still a few things we need to close,” the Grand Lucayan’s chair told this newspaper of the need for a 45-day extension. “But I am very, very confident that we’ll progress that forward. Very confident. I’ve got no reason to believe otherwise. I have no doubt we’ll get it done and get this deal closed.”

Asked whether there were any potential obstacles remaining to the sale’s closing, he added: “I don’t see any, no, and I think Electra is still high on Grand Bahama. I don’t see any deal breaker, no. I can tell you that from May 12 they’ve [Electra] been on this site just about every single day, sometimes with as many as ten to 12 people.

“It’s not as if they’re sitting down and doing nothing. There are lawyers, operators, all the flags that they have for interviewing. I know they have interviewed quite a few operators for the hotel.” Electra’s continued interest is evidenced by the fact the 45-day due diligence extension was announced via a joint statement between itself and the Grand Lucayan Board.

Russ Urban, Electra America’s chief executive, was quoted as saying: “We are excited about Grand Bahama island, and as we move forward with closing the deal, we reassure the people of Grand Bahama of our commitment to developing a world-class resort and collaborating on community development initiatives.”

The joint statement added that “no other material changes” to the sale’s closing schedule are presently anticipated, and that construction work and renovations to Grand Bahama’s ‘anchor’ hotel property will begin in January 23 as planned. The Board said the sale was “steadily progressing and on track for completion”.

Mr Russell, meanwhile, said he and all other Grand Lucayan Board members understood how important the resort’s sale is. “I’m just going to use a flippant term a real estate agent said to me a couple of months ago,” he told Tribune Business. “This deal is like a pancake. Once you flip it everybody eats. I think that sums up exactly how important the sale of the Grand Lucayan is to Grand Bahama.”

The resort chairman said the Board was “very confident” that, in Electra America, it had selected the best available buyer with the “vision” to transform the property into a destination sufficient to place Grand Bahama back on the tourism map after multiple years in the wilderness.

Mr Russell also echoed former Grand Lucayan Board member, Carey Leonard, who previously told Tribune Business that he would not be surprised if the deadlines for closing the sale slip due to all the legal and other work required to close such a large transaction.

“I just say to people ‘be patient’,” the current chairman said. “I just want to remind people deals of this nature are very complex and are not completed overnight. That’s the only thing I can say to them.” Electra America had to pay a $5m deposit once a sales agreement is signed, having agreed a Memorandum of Understanding (MoU) with the Government prior to the deal’s initial unveiling on May 12, 2022.

The initial due diligence period was extended by 15 days, taking it to July 27, and the latest timescale jointly unveiled by the Board and Electra America takes its completion to September 15. Further extensions remain a possibility, and the sales agreement is just one aspect of the negotiations.

Besides the Grand Lucayan Board and Electra America closing the hotel’s sale, the purchaser will also have to negotiate a Heads of Agreement for the project with the Government. Besides that document, which functions as the master agreement and sets out the broad terms and conditions of their relationship, Electra America also has to obtain the necessary planning/construction approvals and seal a Hotels Encouragement Act deal for its tax breaks/incentives.

Meanwhile Mr Leonard, the Callenders & Co attorney who sat on the Lucayan’s Board under the former Minnis administration, yesterday reiterated his belief that Electra America’s acquisition and $300m redevelopment plans represents “a game changer for Grand Bahama tourism” once the deal is sealed.

“I bumped into someone yesterday who knows Mr Urban,” he told Tribune Business of Electra’s chief executive. “I was told he certainly wants to proceed, he was still excited about doing it, and trying to work out ways to make sure they can get their guests in one way or another, whether through the airport or an alternative.

“They still plan to proceed. The issue is the timing. The purchaser is still pushing, and I think if this group comes in it will be a game changer for Grand Bahama. This deal is absolutely vital. I’m delighted with what the Board and current government have done.

“It may take longer than September, and I don’t want people to get their expectations up, and it may take longer to break ground, but they seem to be working very carefully to getting it done. I’m delighted that they’ve announced the extension; that confirms they are working on it. I give them my full support for what they want to achieve, and if they achieve it that will be a game changer for Grand Bahama.”

Mr Leonard added that he would be “ecstatic” if the sale closed by mid-September as now planned, and suggested that May/June 2023 - rather than January - was a more realistic start date for the construction work. “I’m not going to hold my breath that construction will start in January,” he added.

“Over the years I’ve been involved in a lot of big, major deals and they do take time. People feel they drag on, but major transactions do drag on and take a long time. They’re worth it when they do come to fruition.”

Magnus Alnebeck, the Pelican Bay resort’s general manager, told Tribune Business that investor and business confidence will “increase dramatically the day we here the first hammer going” at the Grand Lucayan. Until then, he said Grand Bahama residents will continue to be sceptical over the resort’s purchase given that previous deals - such as the Royal Caribbean/ITM Group purchase bid - have failed to materialise or deliver.

“We are probably at least two years away from the major impact of that place re-opening, and that is something we have to accept,” Mr Alnebeck added. “They have a lot of work in front of them whatever they do. We shouldn’t expect them to put a key in the door and open up when the deal closes.

“When people see things going on, construction work, it’s going to do an enormous amount of confidence for the destination. At the moment, when the hotel is just standing there, and nothing is really happening, we’ve been here many times. Actions speak louder than words; that’s where Grand Bahama is right now.

“People want to see things starting to happen. The confidence in the whole destination will increase dramatically the day we have the first hammer going over there. It was March 2020 when we had a big deal signing ceremony [for ITM/Royal Caribbean] and everyone got excited. I think we have a bit more skin on our nose in Grand Bahama than we did then. Let’s hope it happens this time.”

Mr Russell, meanwhile, said the Grand Lucayan was set to open 200 rooms at its previously-shuttered Breaker’s Cay property for a week from August 14 to accommodate the 700 athletes, coaches and officials staying on Grand Bahama for the North American, Central American and Caribbean Athletic Association (NACAC) track and field championships. Lord Coe, international athletics’ world chief, will be among those present at the August 17-19 event.

Electra America’s plans involve three resort properties. A four to five-star branded luxury lifestyle hotel, featuring 198 rooms and 24 villas and targeted at corporate and leisure business; a four-star convention hotel with 535 rooms, featuring an amphitheatre and convention centre; and a 257-room condo-hotel style family resort with suites that are double the size of the Grand Lucayan’s existing rooms.