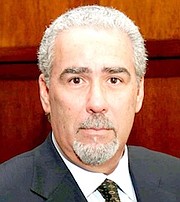 The now-former chief justice has ordered that a Bahamian International Business Company (IBC) be resurrected from its dissolution more than 17 years ago to rescue multi-billion dollar litigation involving the Bacardi rum fortune.

Sir Brian Moree, in likely one of his last rulings before stepping down as chief justice, ruled that the Bahamian courts had the power to revive Baron’s Court Holdings from its grave and thus save multiple legal proceedings involving the estate of Lord Bacardi, great-grandson of the global spirits group’s founder.

His July 21, 2022, verdict resulted from numerous errors - including one made by the Bahamian Parliament in 2010 when it changed the IBC Act. Sir Brian said the reforms, whether MPs at the time intended it or not, eliminated the legal or statutory power to restore an IBC’s name to the companies register after it has been dissolved.

The error forced Sir Brian, who was yesterday sworn in as a Court of Appeal judge, to rely on common law - which is derived from custom and prior judicial rulings - for Baron’s Court Holdings’ restoration. His ruling noted that the absence of restorative powers in the existing IBC Act leaves The Bahamas “out of line” with the regimes in rival international financial centres (IFCs), and he gave a strong nudge to the Government/Parliament that this needs correcting.

Sir Brian wrote that, in its haste to give the Registrar General and the courts the power to restore the name of an IBC that was struck-off for non-payment of fees, the IBCs (Amendment) Act 2010 had unwittingly created another issue by eliminating the previously-existing section 166.

“I observe.. that this position is anomalous and is out of line with the legislative regime for IBCs (or their functional equivalent) in most jurisdictions which operate as IFCs. In 2000, through section 166(3) of the IBC Act, the court was specifically given the power to restore the name of a dissolved IBC. In my view, it is unlikely in passing the IBC Amendment Act in 2010... was intended to take away that power.”

Suggesting that this legal power was taken away “for unknown reasons” some 12 years ago, Sir Brian added: “It seems to me that this was an oversight, but this is a matter for Parliament. There is no ambiguity here which can be resolved by the court through the application of established principles of statutory interpretation.

“It is clear that the power for the court to restore the name of a dissolved IBC to the register was contained in section 166(3) of the IBC Act, and it is similarly clear that this power was repealed and not replaced in the new section 166 under the IBC Amendment Act. If, indeed, this was an oversight of the draftsman, it is for Parliament to correct it by the appropriate legislative intervention.”

Having made his clarion call to the Government and Parliament, Sir Brian’s ruling also exposed blunders in the late Lord Bacardi’s estate planning and in how Baron’s Court Holdings came to be dissolved. The latter was incorporated on May 18, 2004, with two nominee subscribers, Welwyn Ltd and Rosencrantz Ltd. Both are were owned by the corporate services arm of the Lennox Paton law firm, which acted as Baron’s Court Holdings’ registered agent.

Describing the late Lord Luis Gomez del Campo Bacardi as “a man of substantial means”, Sir Brian’s judgment recorded how the Bacardi heir held his 1,404,222 shares in the spirits and rum producer through two Liechtenstein-based companies, Arateo Anstalt and Rantex Anstalt. The former held 739,927 of the Bacardi shares, and the latter the 664,295 balance.

Besides Lord Bacardi, the three trustees for the Bastille Trust included Dr Ernst Walch, a director of Walpart Trust, the entity that formed it, and the Bacardi heir’s then-Swiss attorney, Louis Mudry. The 1.4m Bacardi shares were included among the trust assets, but Lord Bacardi failed to realise that he could be outvoted by the other two Bastille trustees in decisions involving his estate.

“In 2004, Lord Bacardi received advice from his Bahamian attorney, Lennox Paton, which caused him to reconsider the use of the Bastille Trust as a succession instrument for his wife and daughter,” Sir Brian wrote. “He was advised that two of the three trustees (acting without him) could make decisions affecting the Bastille Trust which might be adverse to his intentions.

“That was unacceptable to Lord Bacardi, and he concluded that the trust did not provide the intended level of security for his wife and daughter. In those circumstances, he wished to revoke the Bastille Trust and transfer the trust assets to a Bahamian company which he intended to incorporate.” That entity was Baron’s Court Holdings, and Lord Bacardi sought to transfer his 1.4m Bacardi shares to become registered in its name.

However, as warned by Mr Paton, the other two Bastille Trust trustees blocked the share transfer by telling Bacardi, the company, not to effect the re-registration. Lord Bacardi ultimately began legal proceedings to remove the due as trustees and retained Claude Brechbuhl, a Swiss attorney, to represent him personally eight months prior to his January 2005 death. The Bacardi shares still had not been transferred to Baron’s Court Holdings when he passed.

This, Sir Brian found, set the stage for another “misstep”. An attorney from the same Swiss law firm as the lawyer hired by Lord Bacardi to represent him personally wrote to Lennox Paton Corporate Services on February 25, 2005, requesting that Baron Court Holdings be liquidated and dissolved.

Mistakenly assuming that this attorney was acting for Lord Bacardi’s estate, Lennox Paton went ahead and dissolved Baron’s Court Holdings on March 29, 2005. Michael Paton, partner in the Lennox Paton law firm, in evidence before the Supreme Court voiced fears that this mistake “may nullify legal proceedings” in which Baron’s Court Holdings must play a central role. It could be involved in ten separate actions brought by Lady Bacardi and her daughter over the estate.

Despite the absence of a statutory pathway, Sir Brian said he was satisfied that the Supreme Court has the necessary powers to restore a dissolved IBC’s name to the Companies Registry even though 17 years have now elapsed - something he said would “normally be a formidable and, perhaps, insuperable obstacle” to doing so.

However, in ordering that Baron’s Court Holdings be restored, Sir Brian said Lord Bacardi’s daughter was a minor until 2019, and she and her mother were unaware the company had been dissolved until an investigation that same year.